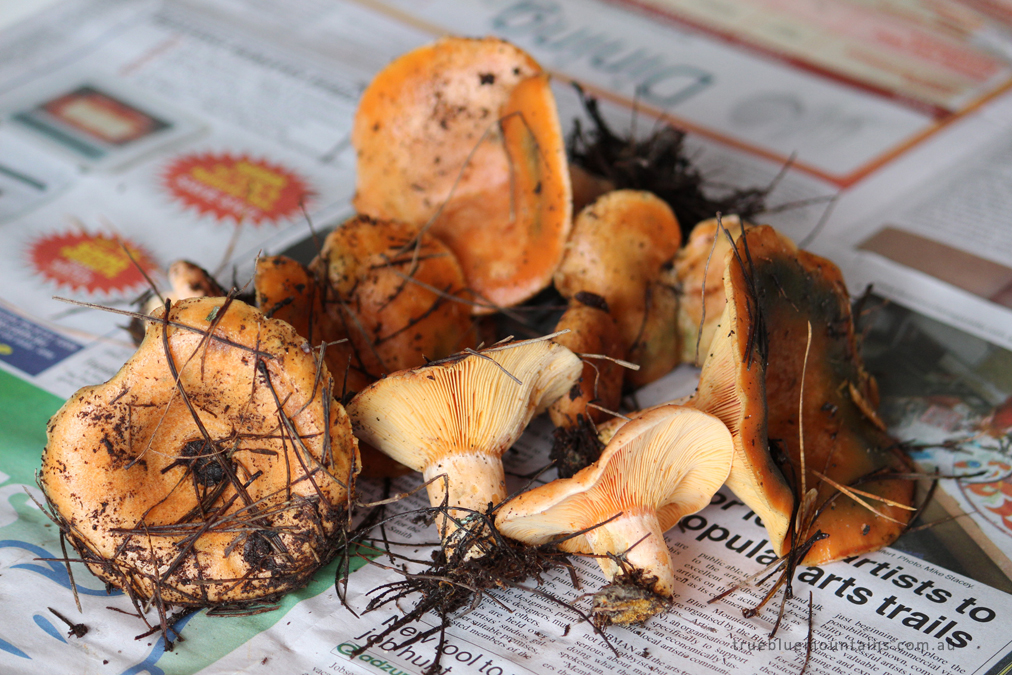 Autumn is the season for picking wild mushrooms in the Blue Mountains – especially after rain.

It was thanks to a guest staying at Luxury Bush Escape that I found out about the wild, edible mushrooms growing in my backyard.

The guest was in town picking mushrooms for his business Autumn Harvest, which supplies high-end restaurants around Australia with foraged mushrooms and wild honey, and he was kind to point out the wonderland of mushrooms growing beneath the pine trees near our property.

While the pine trees are a nuisance most of the year, filling our rooftop gutters with pine needles, they create the ideal environment for saffron milk caps (lactarius deliciosus) to grow. And so I discovered the thrill of mushrooming.

Finding a wild mushroom is like finding a gold coin on the ground – it’s as if the Universe is offering you a little gift: something for nothing. It’s a small miracle to be able to pick such delicious, edible food straight from the ground that’s not been through any farming process or human intervention. Needless to say, I don’t want the season to end!

This year’s higher-than-average April rainfall has resulted in an abundance of mushrooms growing just about everywhere in the Blue Mountains. But there are a few things you should know before setting off on a mushroom foraging adventure.

Which mushrooms are safe to pick?

The two most common and recommended mushrooms for picking and eating in the Blue Mountains are saffron milk caps and slippery jacks (snail snotiosus). To be safe, I would recommend picking only these and avoiding everything else. The rule of thumb for picking mushrooms is: “If you’re not 100 per cent sure what it is, don’t eat it.” In my experience the only edible mushrooms I’ve found are saffron milk caps.

Also known as red pine mushrooms or Blue Mountains blood mushroom, saffron milk caps (pictured above) are identifiable by their orange-tinged, milky-coloured cap and their saffron-tinted gills that bleed carrot-orange milk when bruised. The margin (edge) might be either incurved or upturned if more mature. Older mushrooms can develop greenish blotches on the cap, and the gills can likewise appear greenish. While these might not look as appealing they still taste great when cooked. The trunk is hollow and when cut should also bleed an orange sap. Saffron milk caps can grow up to 20cm in diameter.

Where to find wild mushrooms

Contrary to your instinct, the best place to look for saffron milk caps is up – that is, to look for pine trees. Because where there are pine trees there are likely to be mushrooms. It might be on the side of the road, in a park, on a nature strip or in a pine forest.

Usually saffron milk caps pop out from pine needles like a big orangey-brown autumn leaf. Or they might nudge their rooftop carpet of needles up into a mound. If you spot a mound, gently brush back the needles to uncover the mushroom.

Always cut the mushroom with a pocket knife or kitchen scissors. Leaving the roots in tact ensures mushrooms will grow again in the same spot next year.

If you’re not confident foraging without guidance, head to Oberon – about a three-hour drive from Sydney. It’s surrounded by state pine forests and the Oberon Visitor Information Centre (corner of Ross Street and Edith Road) has brochures showing edible mushroom varieties. The Centre is open seven days a week from 9.30am to 5pm and the staff are happy to answer mushroom-related questions.

Planning a mushrooming trip to the Blue Mountains? Stay here…

The best method of cleaning foraged mushrooms, I’m told, is to brush away any surface dirt and debris with a pastry brush and wipe off any remaining dirt with a damp tea towel, taking care to clean under the cap as well. Washing mushrooms under water can affect their flavour and isn’t recommended.

Cut the stems off saffron milk caps and trim off any bits that have dirt ingrained. You don’t want there to be any grittiness in your dish. Store mushrooms in the fridge in a cardboard box for up to three days.

What to cook with wild mushrooms

The first time I cooked saffron milk caps I sautéed them in butter and thyme, and I found they didn’t really have much flavour and the texture was a bit woody. I also think I chopped them a little too thick.

The next time, I roasted them with a stuffing inspired by a recipe by Italian chef Steve Manfredi – ‘Roast whole mushrooms’. My version of the stuffing was made with things I already had in the fridge (see recipe below) and the results were amazing.

The third time we experimented with saffron milk caps, my husband roasted them (thinly sliced and tossed in a splash of balsamic vinegar, minced garlic and olive oil before roasting) and served them on top of a Camembert, leek and rosemary risotto. Just your regular Sunday night dinner… 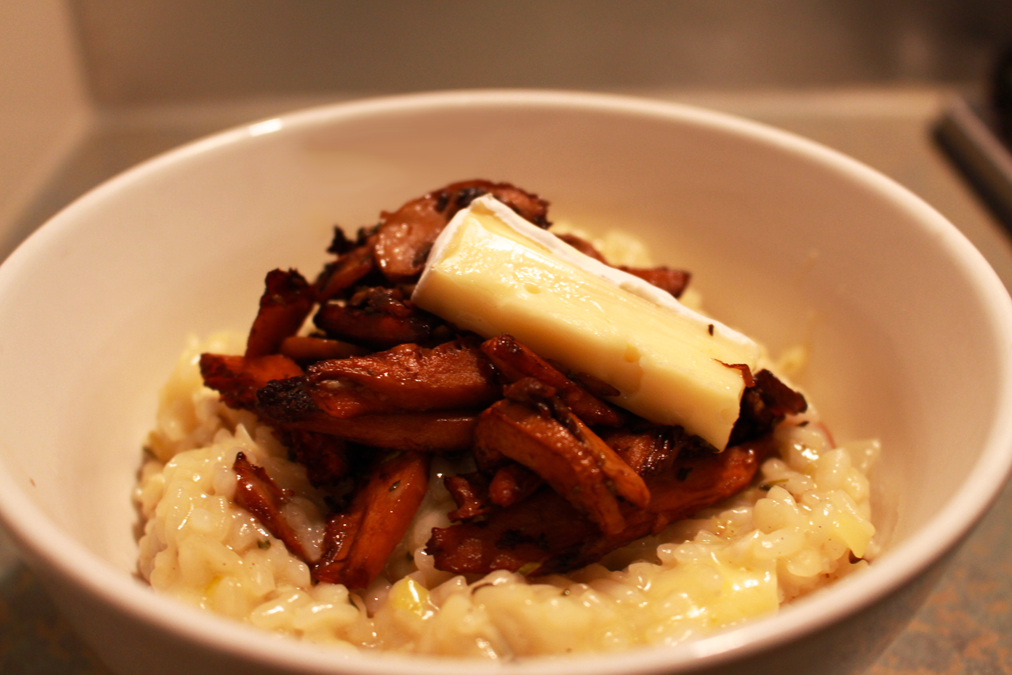 What are your tips for picking mushrooms in the Blue Mountains? Where have you found Slippery Jacks? And what do you like to make with wild mushrooms? Share your recipes!

A good glug of olive oil

Pre-heat the oven to 180°C. Mix all of the stuffing ingredients together in a bowl and fill the mushrooms. If using saffron milk caps, fill the top if the cap is upturned, or flip them and stuff the bottom if the edge is downturned.

Roast in the oven for 15 minutes or until the stuffing turns golden.

Serve on a bed of lemon cous cous (prepare according to pack and add the zest and juice of half a lemon) along with a rocket and Parmesan salad tossed in your favourite dressing.