The double reward of spectacular waterfall views and an equally impressive swimming hole make Minnehaha Falls in Katoomba a must-visit.

I adore this waterfall and swimming hole, not least because of its cute name. The name actually derives from a fictional Native American woman, Minnehaha, and roughly translates to mean “waterfall”, though is often incorrectly thought to mean “laughing water” (I like the incorrect version better).

Minnehaha Falls (or Minni-Ha-Ha Falls) in Katoomba provides the double reward of a stunning lookout over the 20m waterfalls plus the bonus of being able to swim beneath the cascade. 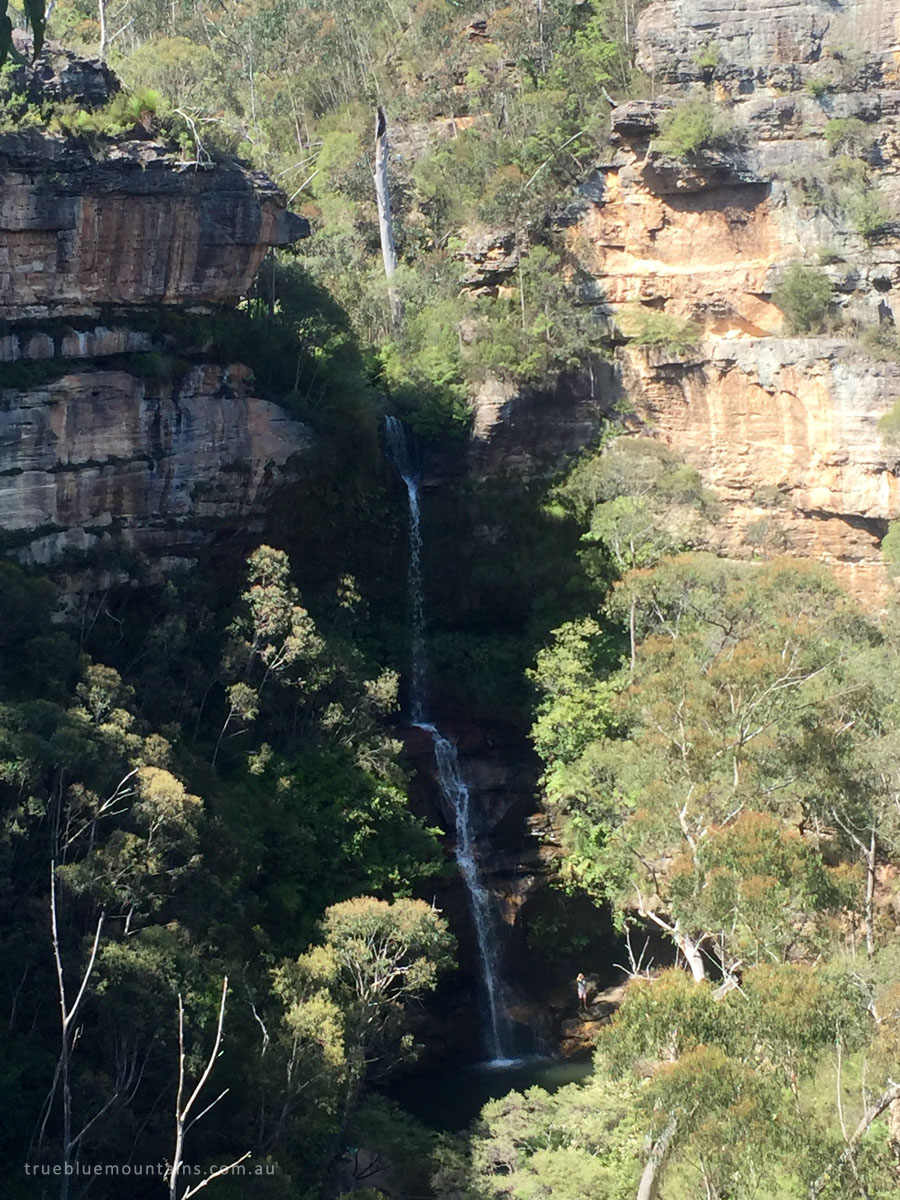 Minnehaha (or Minni-Ha-Ha) Falls in Katoomba.

To get to the pool it’s a 20-minute walk from the car park including about 10 minutes of steep stair-climbing (descending in, ascending out). Once at the pool there are a few very picturesque spots around the edge to settle.

Because space is limited, during the summer I’d suggest going in the early part of the day (between 9am and 10am) before it gets too busy. The downside of being an early bird is the water doesn’t get a strong burst of sunlight (read: warmth) until about 11am. Brrrrrrr!

Getting there: The track to Minnehaha Falls begins from the car park at the end of Minni-Ha-Ha Rd in Katoomba. From the corner of the Great Western Highway and Orient St there are brown street-signs leading the way there.

Parking: The car park is situated at the end of Minni-Ha-Ha- Rd in Katoomba.

Check out my other suggested places to explore in the Blue Mountains.